Through heavy eyes and wheezy nostrils I look up and see the silhouette of a peak emerge from a cloud of heavy fog. Distracted by the thought of water and rest I miss the next rock and almost land face first in a pile of what I hope was just mud, but thankfully a small arm reaches out to steady me. Mama Mao says ‘you okay? I help you.’ This 4 ft 10, middle-aged woman is kindly putting me to shame as she glides up the mountain face. I take some comfort in reminding myself she calls this home and tackles the ascent everyday. I could blame the 4 hours sleep on the night bus, or the flu throwing me off balance, but honestly it’s just hard. 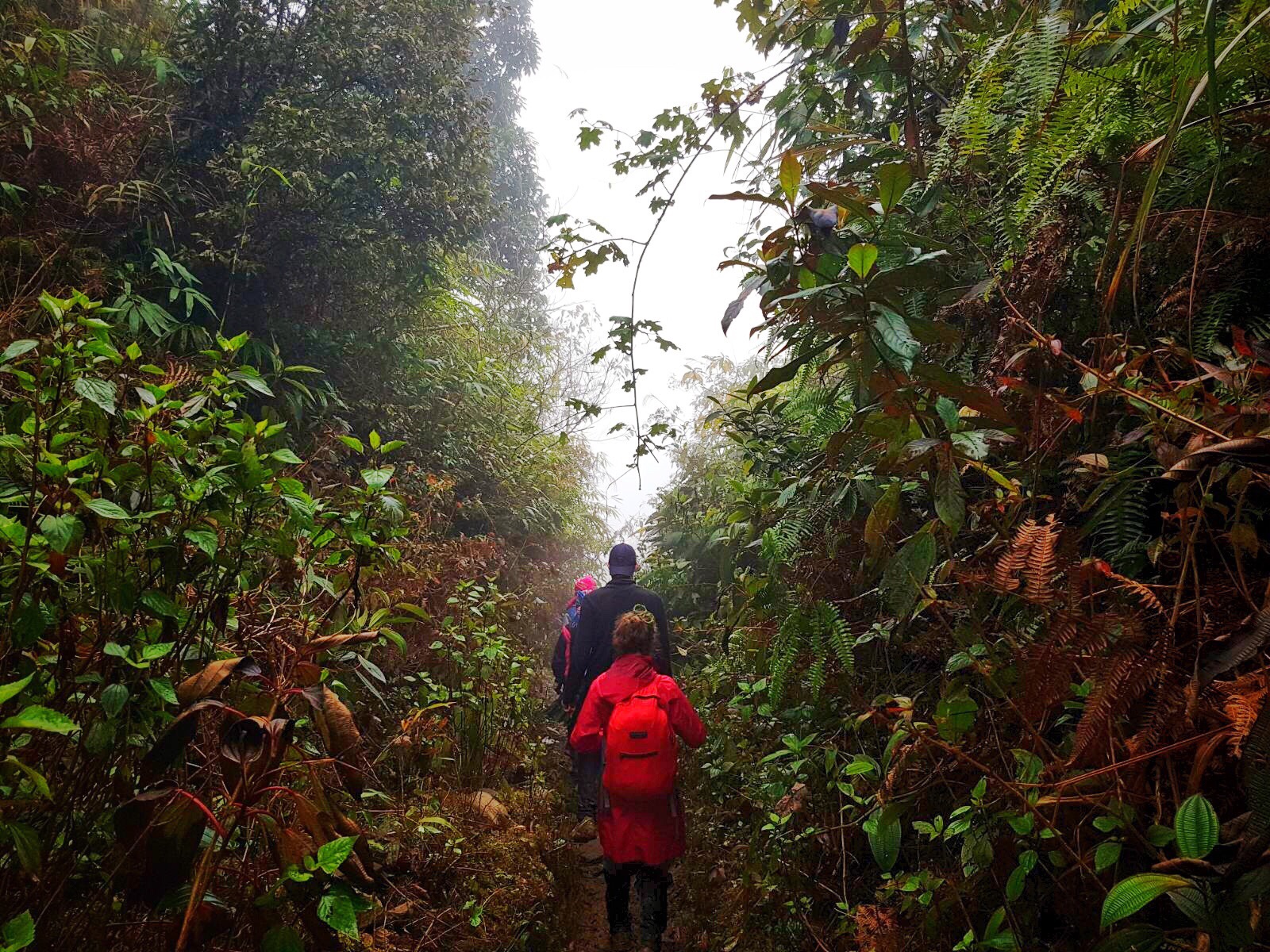 Sapa had many highs and lows, and I’m not just talking about the landscape. The trek itself is not something to sign up for lightly. More Mount Snowdon than Butser Hill.

The potent smell of dung fills your lungs as you struggle your way up, passing the cows responsible grazing on anything they can get their hooves on. In better weather I’m certain the picturesque views would make the over exertion worthwhile but we could barely see 10 feet in front for most of the six hour journey thanks to a thick sea of fog! 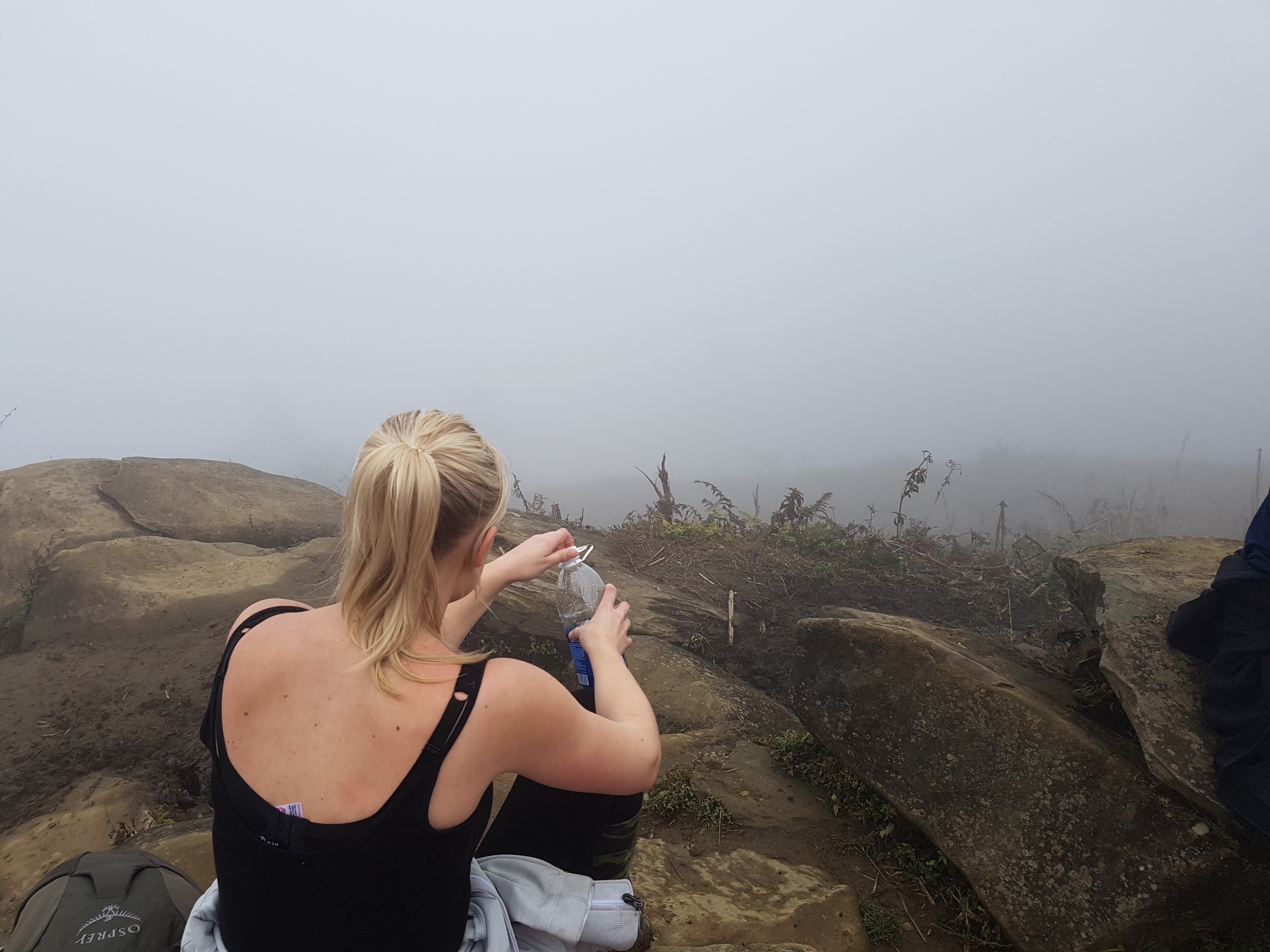 The highs began when we finally reached the top. With my heart rate stabilising, and my vision coming back into focus I felt an overwhelming

sense of achievement and thanked fuck it was over. Mama Mao was kind enough to tickle my ego with a little white lie, ‘ah you good walker. Good as us!’ I knew it wasn’t true because I was the only one hunched over coughing. She then gave me a heart made from twigs which she’d put together on the way up, and I finally felt relaxed in my surroundings. 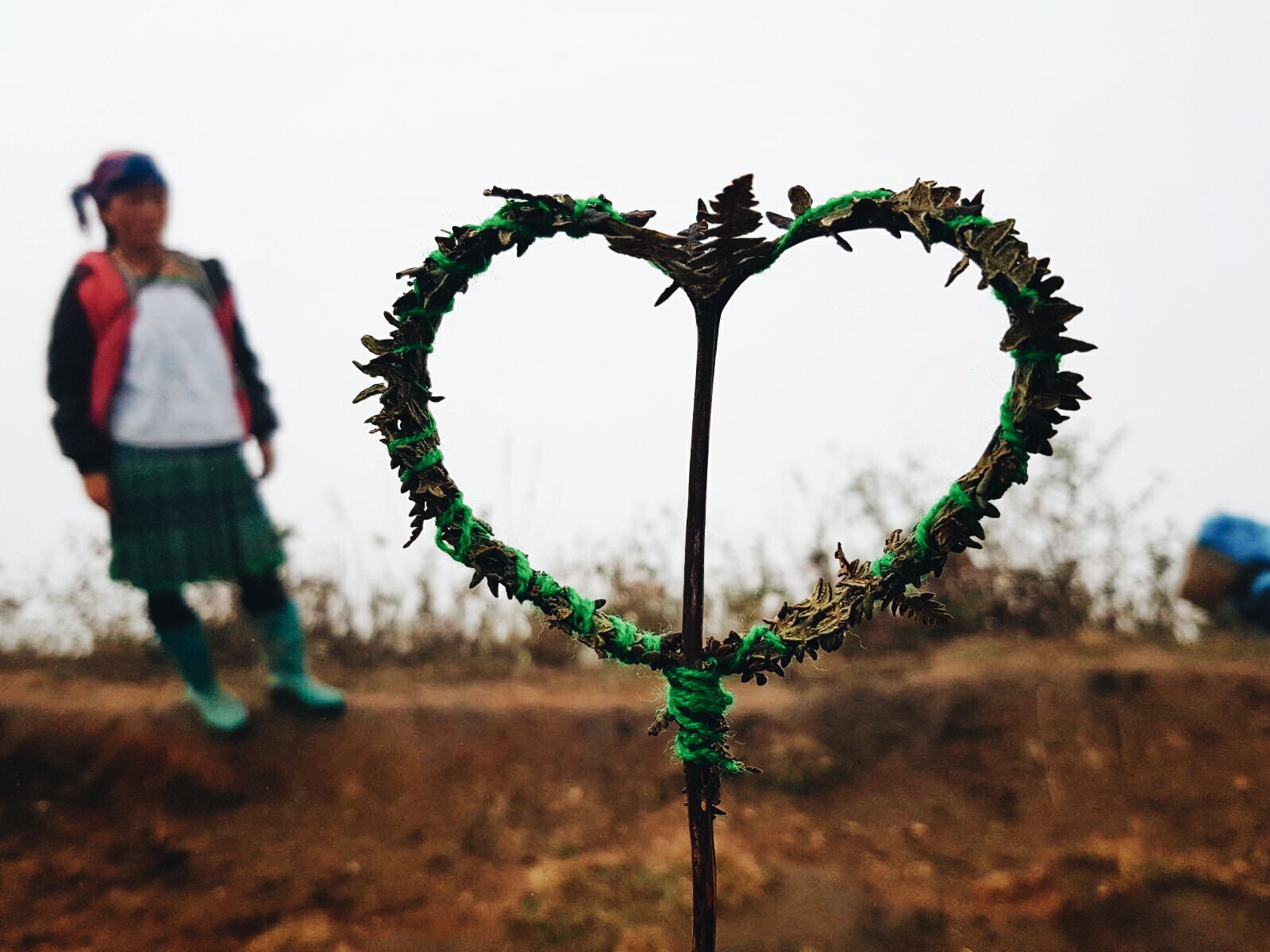 Next we were guided through the winding landscape, occasionally passing villages occupied mainly by children. Their clothes were falling apart and their skin was masked in mud, but their faces were always smiling. Eventually we stopped at Mama Mao’s small wooden house, with tarpaulin for a roof and no door to protect from the incessant rain. She waltzed around though, pointing out her proudest features, including the shiny hemp material she was making for New Year’s.

Our final stop was the homestay, which was purpose built for tourists, so don’t expect authentic living if you decide to try the trek yourself. Ours was still under construction though with the men nailing in doors downstairs. We found out later on that things were a bit behind because they celebrated their NY the night before and had one too many rice wines (tastes nothing like wine!).

It was incredibly cold, and at first I sulked in our cubby hole bedroom as it wasn’t the trip I was expecting. However, dinner was called and all weary travellers gathered around a true Vietnamese feast which ended with more rice wine around a fireplace. Sapa women get VERY filthy minded as the drink starts pouring with men’s ‘bananas’ being the main topic of conversation. 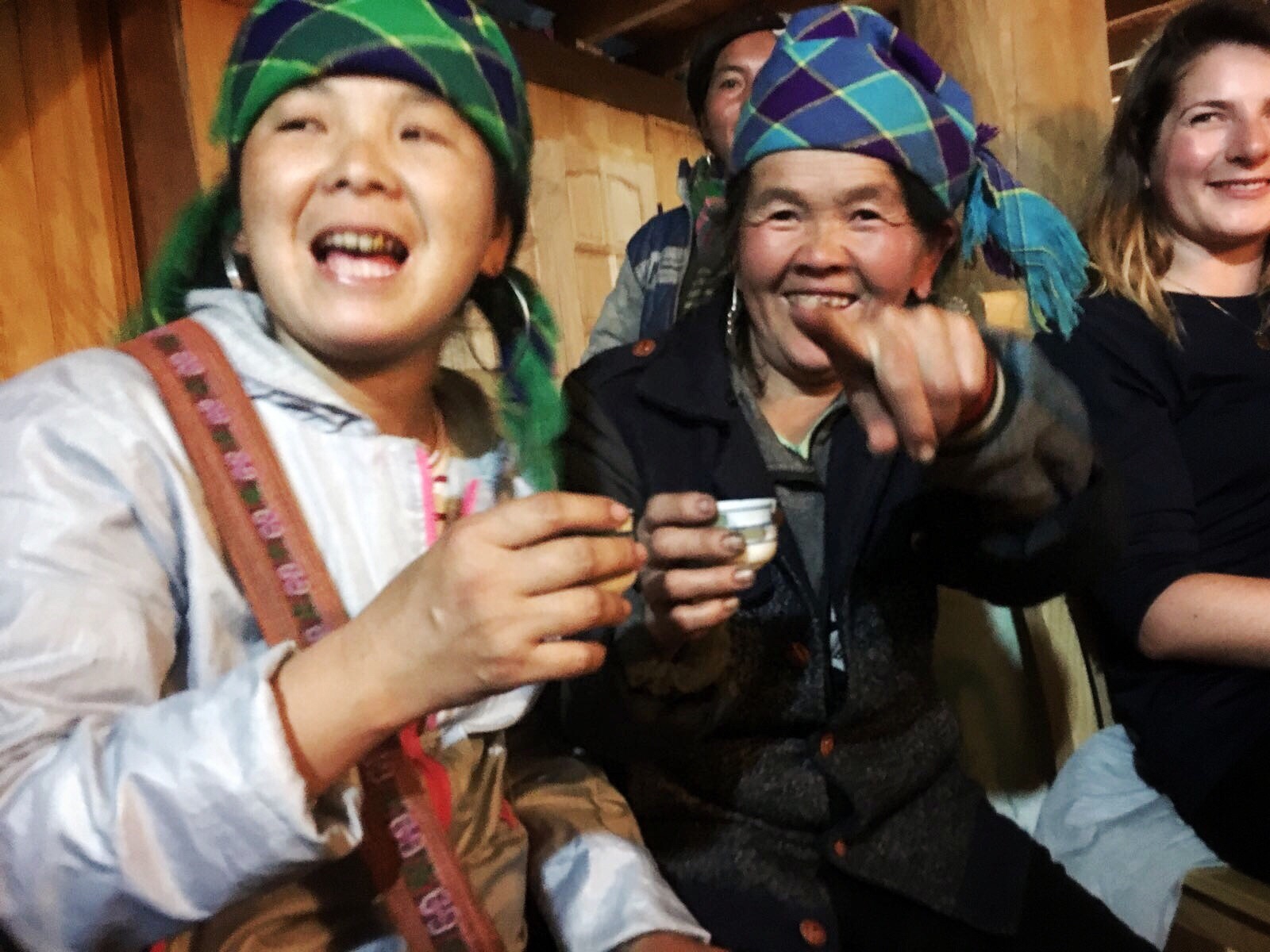 When saying goodbye to our guide the following day after another trek through the rice paddy fields, Mama Mao gave us all a gold bracelet along with a warm hug and refused many offers of tips. The people there really made the whole experience.

The town itself is a desolate and dreary place in winter, and unlike Hanoi where blonde, blue eyed tourists are rife, I felt like an unwelcome intruder as we wandered through the barely there streets in search for food on our last night.

Would I recommend Sapa? Only when visibility is good, and the ground is dry, as we spent a lot of time trudging through miles of ankle deep mud. Also one night’s stay is enough, but the people are by far some of the kindest I’ve ever met.