Food glorious food! It’s a universal language but every country has its own unique dialect. I feel like we’ve become pretty fluent in South East Asian cuisine, and by fluent I mean I’ve eaten a hell of a lot of it. After months exploring the continent, with chop sticks in hand, I’ve put together a few of my personal favourite meal photos to get your taste buds tingling.

Vietnamese cuisine is all about local, fresh ingredients. Common ingredients include fish sauce, shrimp paste, soy sauce, rice, fresh herbs, fruit and vegetables, and minimal diary and oil. So all the good stuff. I lost about a stone in three weeks there, but didn’t feel like I was eating less 👍. My personal favourite meal was vegetable spring rolls (fresh or fried), followed by ginger chicken.

There is a brilliant balance between fresh herbs like lemongrass, ginger, mint, Vietnamese mint, and well spiced meats. Joe’s personal favourite was the Pho Bo, which is a beef noodle dish in a tasty broth. It only takes a few minutes to cook! 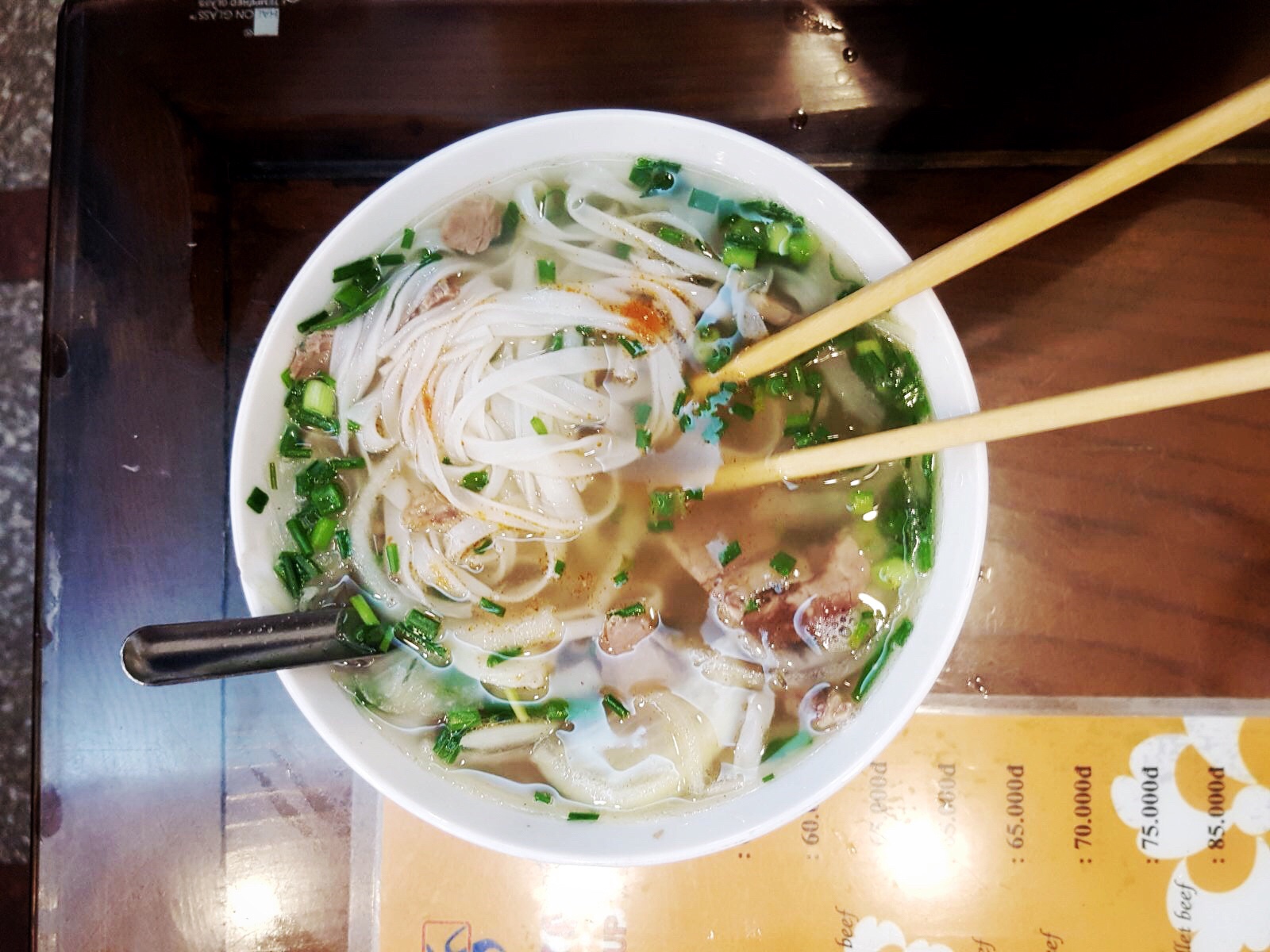 It’s not just about the taste though. The Vietnamese respect balance rules and each dish must also look and smell good too. Many meals include five fundamental taste senses, spicy, sour, bitter, salty and sweet. 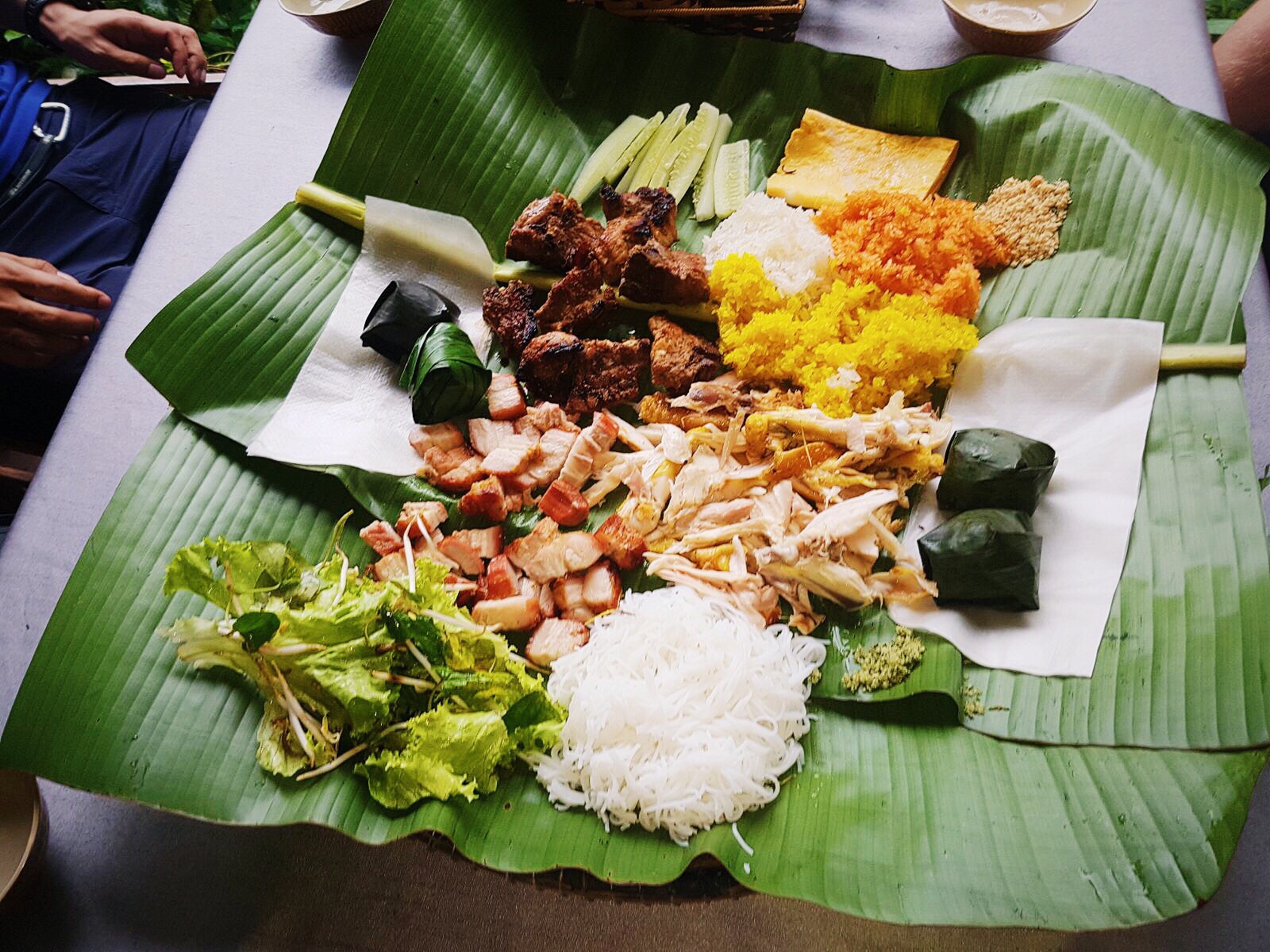 When we were travelling through Vietnam we were told to always eat a lot, but don’t clear your plate. If you’re a guest, the host would normally bring out dozens of dishes for you to feast on and expect you to eat until full. But it’s considered polite to leave a bit, as it’s a sign they fed you well. 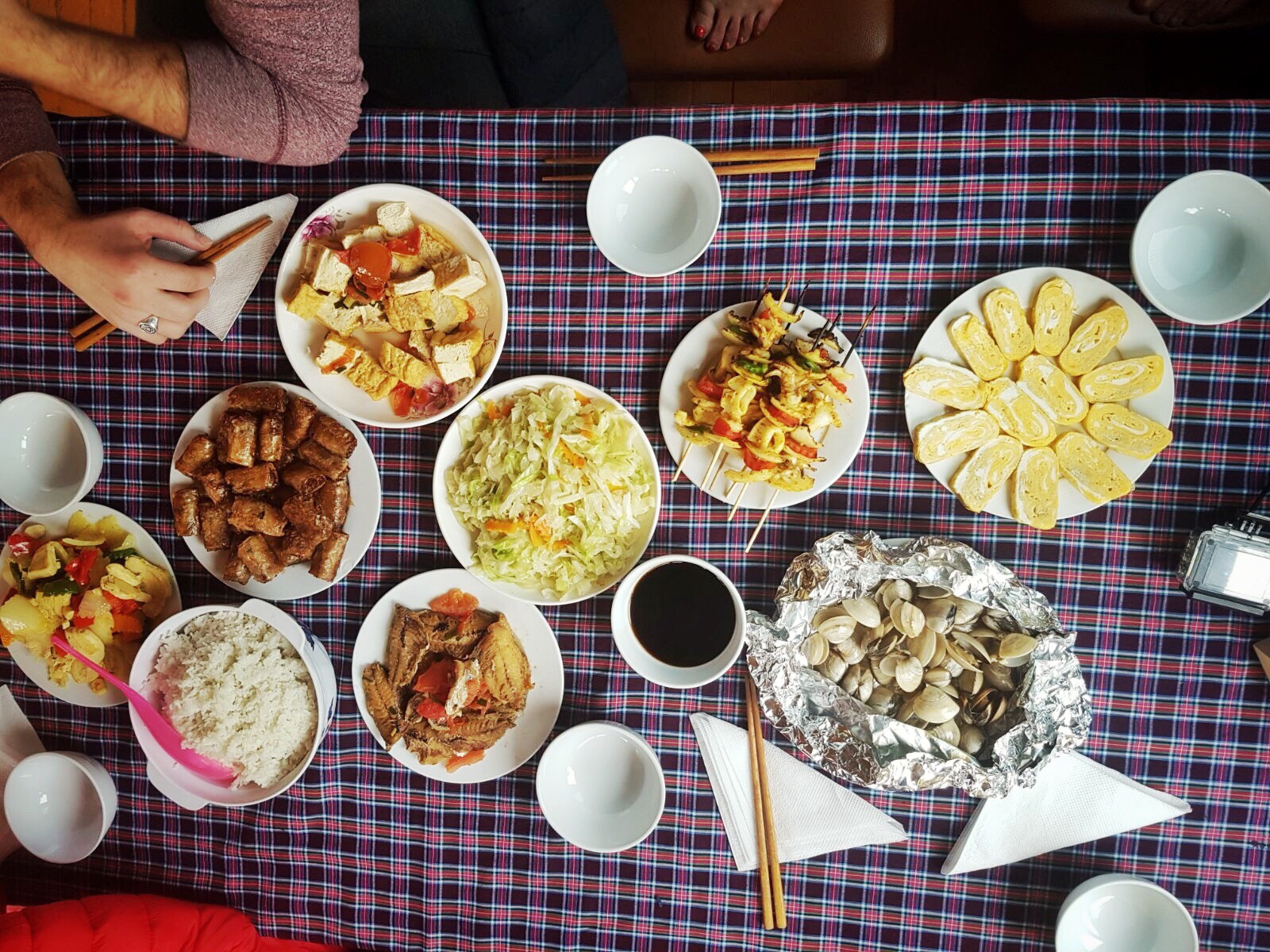 Cambodian cuisine, or as it’s also known Khmer food, is all about the rice. According to the International Rice Research Institute (yes it’s a real thing), there are 2,000 rice varieties indigenous to the country. So it’s a pretty big deal for their meal. Amok curry is one of Cambodia’s most famous dishes, and it reminded me of a mix between a red and green Thai curry.

Cambodia was also where we first fell in love with smoothies. The country has a wide variety of fresh fruit and the people know how to mix up a bloody good refreshing drink. Our personal favourite was banana and peanut butter! 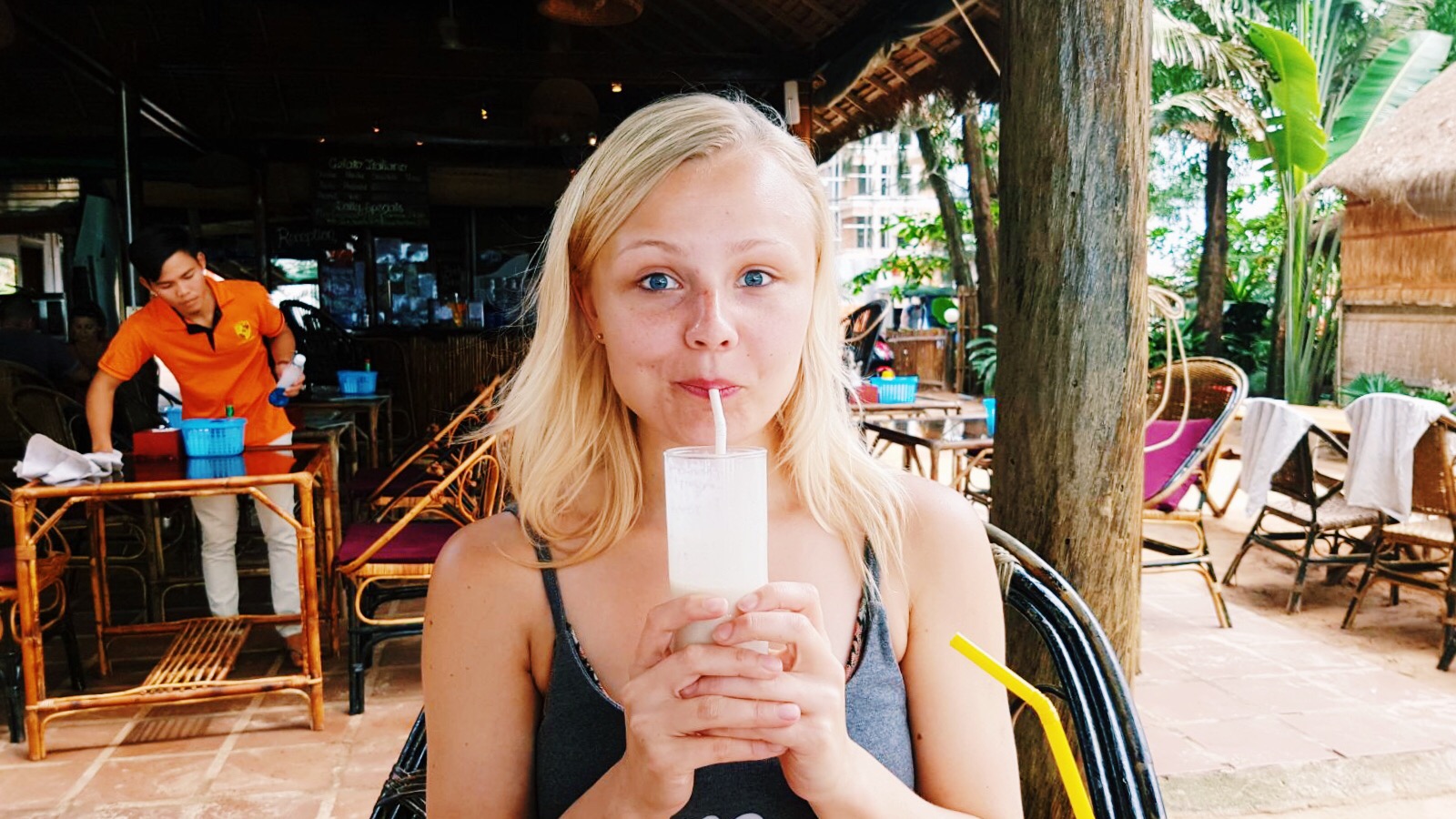 Another thing to mention is the foreign influences from the powerful players in Cambodia’s colonial past. There are many variations of rice noodles in restaurants, largly inspired by Chinese cuisine. Meanwhile, the French left a legacy of bakeries and baguettes. Cambodians often eat bread with pâté, tinned sardines or eggs. 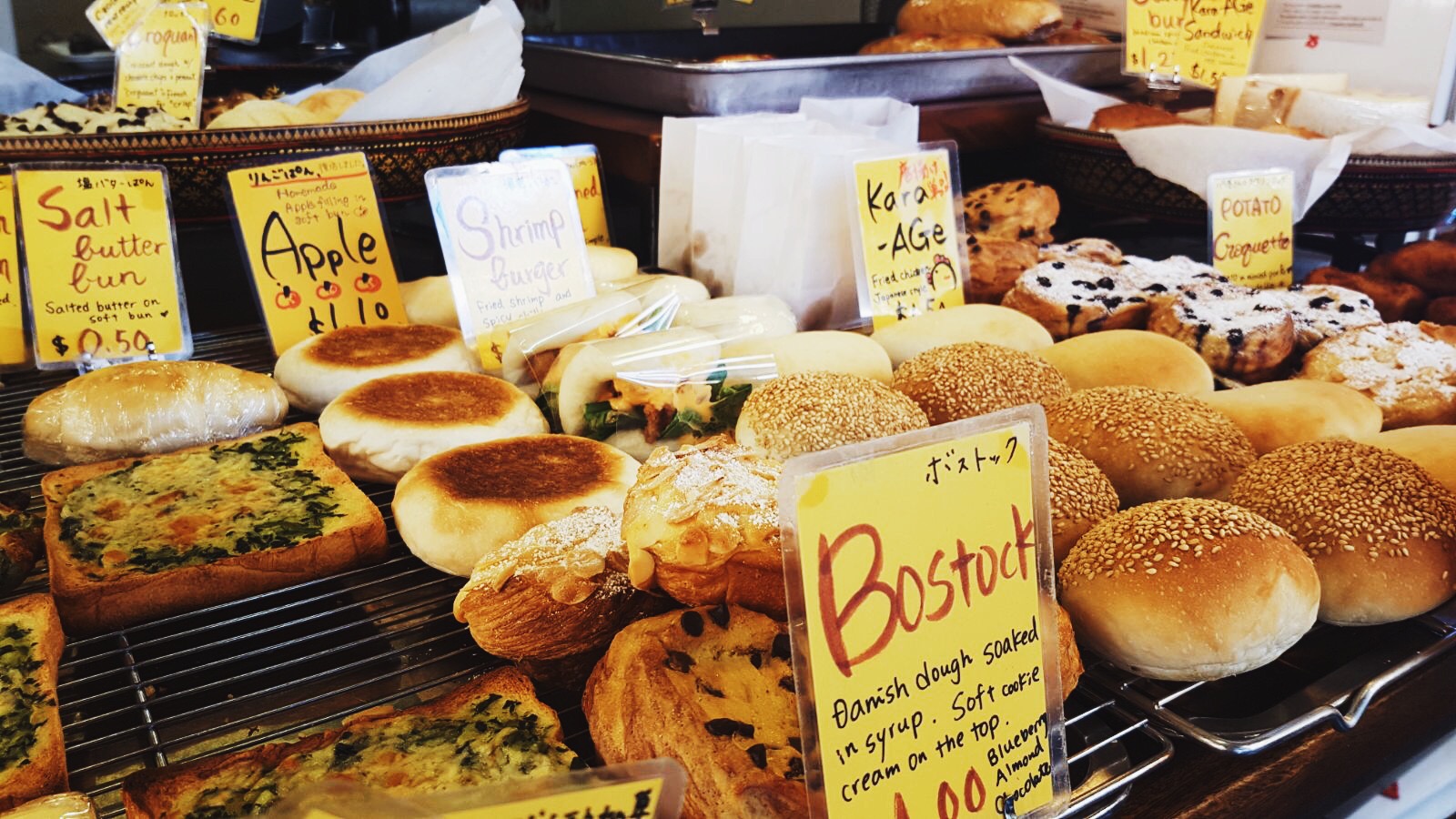 Thai was by far mine and Joe’s favourite Asian cuisine. Why? Because they’ve got fragrant, fast food down to an art! Balance, detail, and variety are very important to Thai chefs. The best part is that each region has its own unique flare. Take for instance Khao Soi, Chiang Mai’s signature and incredibly illusive dish. This spicy, creamy, godly noodle recipe isn’t really made anywhere but Northern Thailand. Believe me, we’ve looked for it! 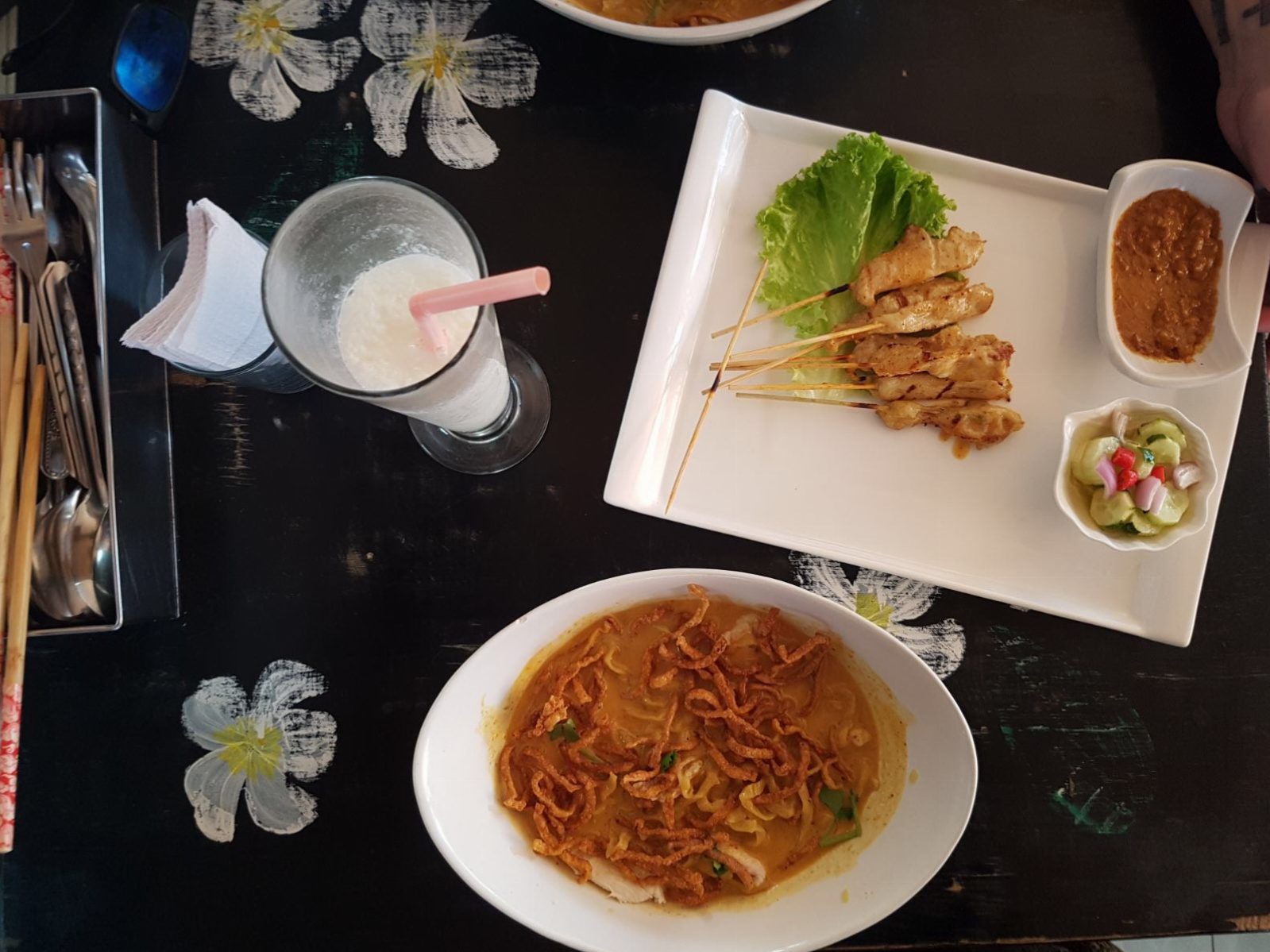 Thai food is an international favourite too. Last year, seven of the country’s popular dishes appeared on the list of the ‘World’s 50 Most Delicious Foods (Readers’ Pick)’, which was an international online poll of 35,000 people. Personally, I couldn’t get enough of the Massaman or Panang Curries.

Joe developed what you might call an unhealthy relationship with Pad Thai. One day he literally had it for breakfast, lunch and dinner…

We also fell in love with desserts like banana with coconut rice, and mango and rice. Both a must try in Thailand.

We weren’t blown away by Malaysian food at first. A few places we ate are were very keen on using a lot of oil to prepare dishes so it felt greasy and unhealthy. As we headed further South we found some great spots to get authentic, tasty national grub.  A popular thing to order in Malaysia is Nasi Lemak. It includes rice steamed with coconut milk and pandan leaves, ikan bilis, peanuts, sliced cucumber, hard-boiled eggs and sambal.

Other Malaysian dishes include Nasi Goreng, Mie Goreng, Rendang (type of curry), Nasi Kandar and the famous chicken and rice. This humble meal is particularly popular at Singapore’s Hawker Centres. It’s basically rice with chicken that has been boiled. Simple but delicious!

For dessert, our favourite dish was the Goreng Pisang (fried banana) and coconut jam dip. We ate some at the Makansutra Gluttons Bay hawker centre which overlooks the Marina Bay for $3.50 SD (£1.90).

Indonesian food is vibrant, flavoursome and diverse. The country is made up of 6,000 islands, all with a unique spin on food.

The national dishes are very similar to Malaysia, but it’s almost like they took the reciepes and said ‘you know what’ll make this better…’

The dishes are complex and are heavily influenced by international ingredients, thanks to Indonesia’s trading position. Some popular national meals include Nasi Goreng, Gado-Gado, Soto and Satay.

It wouldn’t be right talking about Asian food without mentioning its take on international dishes. We love eating local, but occasionally It’s nice to get a taste of home or another continent. Everywhere we visited we didn’t have to look too hard to find amazing foreign restaurants. Whatever you’re in the mood for, Italian, French, Mexican, Belgium, English (yes we have popular dishes 😋), or American, Asia acomodates! 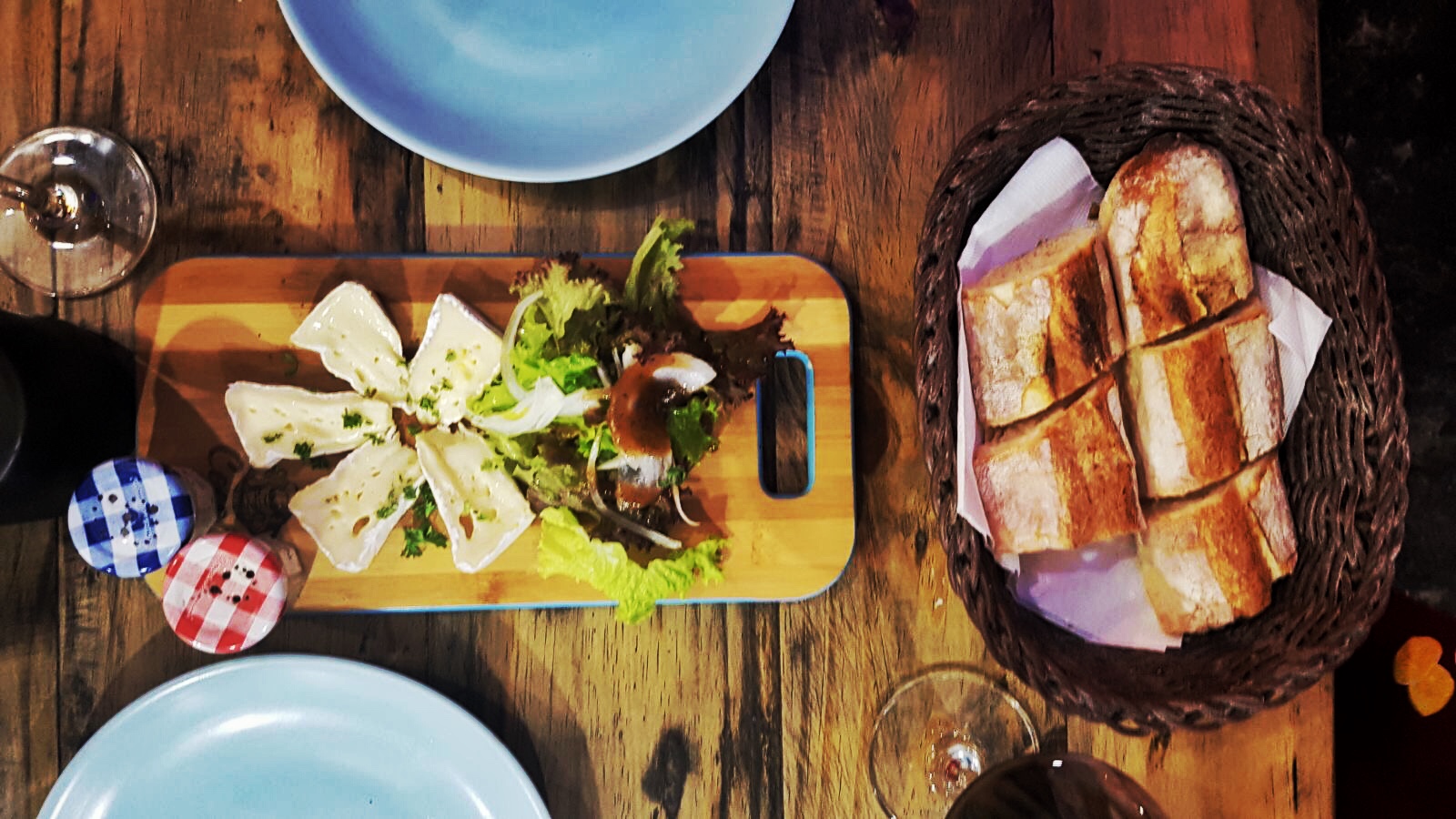